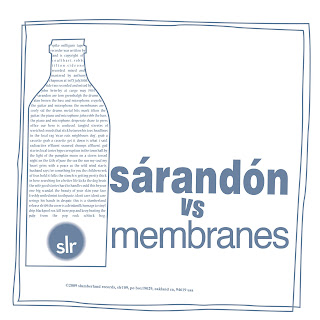 Putting two versions of the same song on a 7” is the way Slumberland have chosen to mark the release of John Robb’s Death To Trad Rock book, and it’s a good lead in. Producing a spiky piece of lo fi agit pop is how Sarandon take on the old Membranes song. It evokes early rattly Wedding Present with its hundred mile an hour guitar and shonky effervescence. The Membranes version out strips this, mainly down to the freaky, psychobilly howl of the vocals. The tune buzzes with menace, backing up the murky psychosis present. The old guys win, by a knockout.

Spike Milligan’s Tape Recorder is out on Slumberland Records now

The Membranes myspace is here