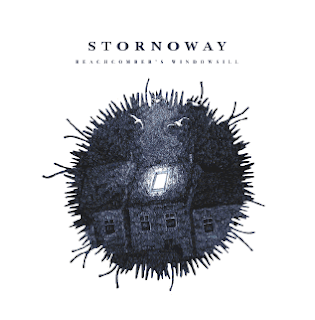 Every now and again a band arrives on the scene and immediately makes you want to eagerly devour everything they do. For me Fountains Of Wayne, eels, The Divine Comedy and Luke Haines in his many guises are such acts. To that list I’ve added Stornoway. It was apparent as soon as I received their self released Early Adventures EP that this was a rather special band. There’s another thing, where the usual revisionist record company historians have deemed March’s I Saw You Blink as their debut single, discounting the self released three EPs and single. I guess it makes for a better story when a band suddenly appears fully formed. No matter, as many of those songs make up this debut album. After leading off with the bands best known tunes, Zorbing and I Saw You Blink we arrive at Fuel Up which shows another side to the band with a keen ear for a crafted folk pop melody. Fuel Up and the following The Coldharbour Road are gorgeous tender ballads, the former of which comes close to making you cry. We Are The Battery Human is close to a reel, whirling gently around harmonising singing making for a joyous song of hope. Here Comes The Blackout is an optimistic and reflective request for people to love not fight, not some hippy sentiment, rather a lovely gesture. Watching Birds is splendid, motoring along then exploding into a psychedelic out of control carousel chorus, all powered by a hyperactive youth orchestra. Then there is more melancholic beauty in On The Rocks, then The End Of The Movie, Brian’s voice quivering with emotion as the song swells to a sumptuous chorus, all gorgeous strings and harmonies. If you’re one of the people who have joined the massed infatuation for Mumford and Sons and Laura Marling, please check out this album, it surpasses them and then some. Album of the year so far, and I honestly can’t see anything catching it.

Beachcomber’s Windowsill is released by 4AD on 24th May

The Drums – The Drums 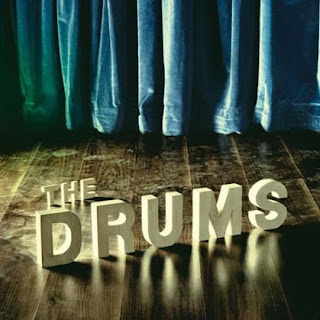 For a band much talked up and about, it will come as a surprise to many to find out that the Drums are more than a tad twee. It’s kinda cute but a bit one dimensional by nature. This renders the last few tracks a bit of a slog, the twee genre being far better suited to the shorter format of mini albums or EPs. Still, there are some decent songs on here. Current single Best Friend manages to be upbeat and melancholic, brittle and fragile sounding, just like the emotional lyrics. Me And The Moon follows in a similar vein, but with a slightly more chugging, motorik rhythm. There’s also rather less substance. Let’s Go Surfing, is echo skiffle, twee rockabilly if you like, while Book Of Stories is rather eighties minimalistic percussion wise and a big widescreen melody. Forthcoming single Forever And Ever Amen is lovely and incandescent, but also rather hollow. Down By The Water is choirboy fresh slacked out Jesus and Mary Chain, and the last thing of note before the descent into similarity.

From to , a small journey for this four piece. Now they release their debut single on Voga Parochia. A-side Christina combines the in vogue Vampire Weekend sound with the middle of the road quirk of the Mystery Jets second album. There are twiddly guitars and chirpy vocals a plenty, and its rather fine melodic indie pop. Raisin Snake has chirpy afro beat guitars and an awesome bit where it stretches out in the sumptuous way that Grandaddy used to. There’s not much to choose between the tracks, both are good and a pleasant way to spend a few minutes.