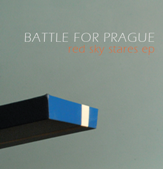 Here’s the second EP from Battle From Prague, recorded on analogue equipment in a Victorian Manor House. That was intended to capture their live sound, which on this showing is definitely a good thing. Lead track Modern Spirit is a snarling beast, wired to rock and roll. It has an indie rock cool about it, fresh enough to make you love it but also drawing on American guitar rock influences. We Used To Drink reminds me of Wilco with a tad of Stephen Malkmus tired drawl to the vocals. It’s like Wilco in that its unassuming and gentle, but has hidden depths that are revealed with further listens. I also think of Archers of Loaf when I hear this, but without the wilful amateur playing. Saboteur falls somewhere between the two, most reminding me of Hope of the States and their song Enemies:Friends, while finally Peccadillo is not as good as the other but still decent, earnest Yank alt rock. 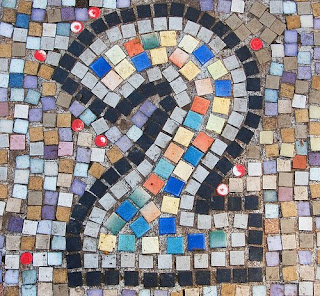 Attention All Departments, the new single by The Winter Olympics is a monster of a song, a pulsating electro, snarling rock beast. It’s ridiculously over the top, especially the vocals, but it has grandiosity its hard not to love. It hunts you down and as you cower in the corner expecting to be beaten, drags you onto the dancefloor. Flipside They Launched A Probe is more bombastic stuff, like a coy indie band having their soul possessed by hard rockers.

Amadou & Mariam release the wonderfully joyous as a download single; accompanied by some fairly pointless and not very different remixes by Bob Sinclar and Radioclit.

The oddly named Life & Times Of have their debut single out as a free download. Ballet falls somewhere between Radiohead and Wild Beasts and on first listens struggles to find its own identity. Greasy Magpie flounders moodily in its own dark corner of the world without achieving much.

For a band formed like so many nowadays under the influence of C86, Young Michelin have taken those inspirations and made something rather lovely, rather than merely aping their forebears. It is chirpy indie pop with a decidedly electro feel, and features words sung in the band’s native tongue of French. Indie poppers of the world get behind Young Michelin. They’ve released one of the best EPs (EP Eponynm) of the year and a decidedly simple and joyous pleasure.

Slumberland have reissued Sound Of The Westway, the sole album from the Swiss all girl group from the eighties, Chin Chin. Pretty much all you need to know if that it’s a shambling delight, and will please fans of The Shop Assistants and The Flatmates.

Finally Fraction Discs release the latest single from Twig. It’s a lush rickety splendour, both Hourglass and Scattered Dreams reminiscent of Edwyn Collins finer solo stuff, with the emphasis on the vocal similarity.

The Winter Olympics single is out now on Office Rock Records

Amadou & Mariam single is out now on Because Music

Chin Chin's album is out now on Slumberland Records

Twig's single is out now on Fraction Discs

I Am Kloot – Sky At Night 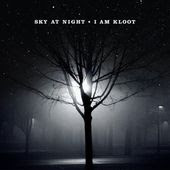 Perennial underachievers I Am Kloot are back with a new album, their fifth so far. The underachieving is not necessarily down to them, but the failure to connect than with anything but a hardcore following. Of course, the fanatical should be enough in itself. In the past I’ve heard the odd track but never been inspired enough to investigate further. However if any album should be the one that gives them access to a wider following, it’s this one. Northern Skies is Nick Drake fronting Elbow, a simply sublime and beautiful pop song. To The Brink follows, another sumptuous Northern pop song. String laden and reminiscent of Richard Hawley, it also reminds of Elbow, whose Guy Garvey and Craig Potter are on production duties. It’s only when we get to track 4, the bluesy Lately that the quality dips. It’s something that wants to be really soulful, but ends up a bit turgid. When they follow it with a lovely acoustic number like I Still Do, you wonder why they found the need. There’s then a selection of songs when they go all muso and bland on us, which is a major disappointment. There are too many songs that seemed to have been noodled away at in a dark smoky room. Radiation is a rather splendid thing, soulful vocals and a beautiful melody that build in a way like the Polyphonic Spree but uncluttered by excess instruments. Same Shoes wraps up the album in melancholy fashion.

Sky At Night is an odd album, at times brilliant, emotional and catchingly melodic, at others over wrought and dull. It’s well worth wading through to seek out the good bits though.

Sky At Night is out now