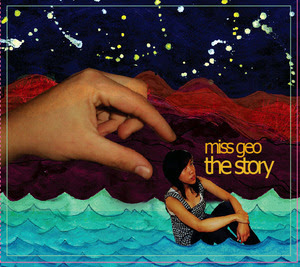 Miss Geo is one Abby Gutierrez from Newport, Rhode Island and The Story is her self released debut. It's a cracking piece of work, very much in the style of Juliana Hatfield, but without the neurotic aggression of said lady. While there may be nothing challenging about the music, it has to be said that oftentimes you don't need that and the pure cutesy melodies are worthy of drowning in.

Go have a listen at Miss Geo's website, which is here
Posted by Russ at 15:31 5 comments: 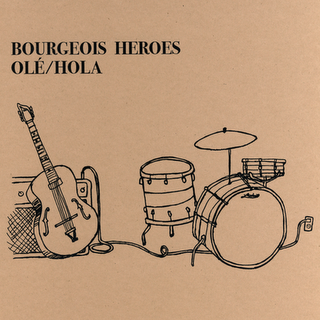 Bourgeois Heroes have a new single out. Ole/Hola is a neat little tune, unfussy and uncomplicated. Its natural home is somewhere between the fuzzy vibe of laid back Super Furry Animals and the twee sweetness of Belle and Sebastian. When You’re Dancing is a mantra like fuzzy disco tune, without being a dancer. It just seems made for swaying in a club. A neat little brace of fizzing pop.


Bourgeois Heroes website is here
Buy or listen to the single here
Posted by Russ at 16:24 No comments: 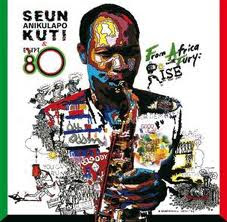 Firstly, a confession. I don’t know a terrible lot about African music. Aside from an appreciation of The Four Brothers and The Bhundu Boys in the eighties, and Amadou and Mariam more recently, it is fairly unchartered territory for me.

What I do know is Seun Kuti is the son of the renowned Fela Kuti, and his father was a previous leader of the band that plays on this album, Eqypt 80.

The album may only be seven tracks long, but most of the tracks clock in at about seven minutes, meaning plenty of value for money. African Soldier reminds me of something Pigbag might have ripped off back in the day, an odd reference point maybe, but remember I’m starting from a fairly blank canvas here. Generally guitars are sprightly, rhythms are bouncy and horns and squealing. From the lyrics I can make out, these are songs of the fight for freedom, the fight against oppression and corporations, and inspirational words to his fellow people.

Musically and lyrically Seun has won me over, and I can wholeheartedly recommend this as a good starting point for a foray into African music.


From Africa With Fury: Rise is out now on Because Music
Posted by Russ at 15:36 1 comment: