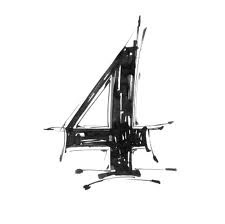 Oxford based band Dial F For Frankenstein combine the urgency and vigour of youth with a hard working essence and sound of yore. USA sounds like Midway Still, all flannel shirts and attacking guitars. There’s the fizz of the Wedding Present in there too. Combine that with a crazily catchy chorus and you have a cool thing indeed.

Flash Fiktion are a London trio specialising in walking the fashionista tightrope while staying just on the right side. With its jabbering keys new single Leni crosses Pop Will Eat Itself with Nine Inch Nails times some asymmetric haircut techno.

Apparently The Jolly Boys are a legendary Jamaican band. So quite why they’ve been roped into producing an album of bland reggae covers of pop tunes is anyone’s guess. It’s pretty tiresome, with one tune melding into another in a big sloppy mess.

Harper Simon’s Berkeley Girl is a quite gorgeous little acoustic ditty, but is rendered rather pointless by its close similarity to his dad’s work.

Frank Turner’s Try This At Home is a rollicking Levellers style protest tune, and one of his best things yet. If you know Frank, you’ll know what it sounds like. If you don’t, then you really should. The Pogues style chorus, as if they were doing Irish Rover, is enough alone to win you over.

The Duke & The King release the lead single of their new album Long Live The Duke & The King. It’s called Shaky and it’s a lovely piece of blissed out country with sweet harmonies and a touch of Laurel Canyon meets West Coast vibe. It’s a relic of older times, and a lovely one at that. 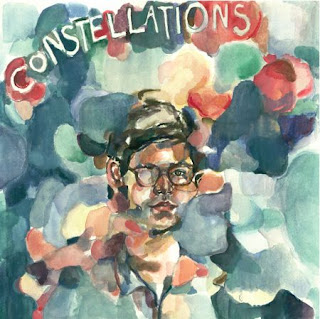 Antartica Takes It! continue pops obsession with the extraneous exclamation mark onto their second album. Lead track Bossa is gorgeously twee, with children’s instruments and a sweet ukulele tune. C&F is You Can’t Hurry Love for the Herman Dune crowd; while Straight To Your Heart is a wonderfully shaky, ramalama, joyous bursting heart of a tune. This is sunshine in song form. The female sung Try Try Try is like Standard Fare in the cracked sunlight and contains some of the Research’s early spirit. The title track features a twee voice and sounds like a hyperactive Jens Lekman. Lions Of Love is an indie pop shantying Decemberists, Stay In Bed a female sung shonky bike ride and Spirit Of Love a delightful indie pop cheery tune. It’s like skipping in springtime. Thunderstruck is Lekman vs Dune and if you’re a fan of either of those acts, you should love this album.

Constellations is out now on How Does It Feel To Be Loved?

Antartica Takes It! myspace is here 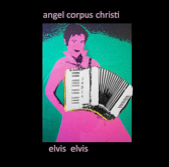 The latest of Angel Corpus Christi’s tribute albums, does a fine take on Elvis. It’s Now Or Never is reimagined as a sultry, sassy little bossa number. One Night is a mysterious smokey lounge thing, while Don’t Be Cruel is either Massive Attack or Primal Scream’s dub version of Higher Than The Sun, trippy, woozy and beautiful. Teddy Bear follows a similar pattern and Are You Lonesome Tonight is like a Parisian café tune.

Elvis Elvis is out now and available through her website. 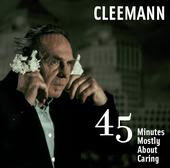 Cleemann is the project of based musician Gunnar Cleemann and 45 Minutes Mostly About Caring is the first album of a trilogy. Lead track Ambitious is sumptuous and delicate. It’s a slow motion groove with some dreamy European inflected sighed vocals. Righteous is a bit like (of The Johnsons fame) vocally. Most of the songs on here are generally brooding parting of stormcloud moments, when the beauty reappears. Then you get Repairman, which is a bit Richard Hawley. Passing by the loveliness of both parts of Absent, we get the sublime Edwyn Collins silkiness of Collide. Optimist is gossamer light and entirely beautiful, mainly due to the voice which has a dream like quality. It sounds like this should soundtrack some artistic work by Michel Gondry. A delightful album from another plane in a dream world. 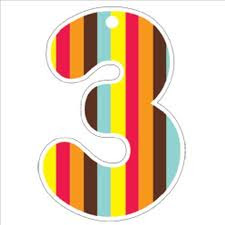 Secret Rivals new one, It Would Be Colder Here Without You (self released), is the best thing they’ve done so far. The band keep improving as they hone their sound over time, the scratchy messiness replaced with a far more assured band letting the melodies shine through. Its mid eighties indie pop, with a Bis shouty bit at times and a touch of new wave effervescence. Rather lovely indeed.

follow up a splendid debut album with a new single, Passion For Water (Fraction Discs). It’s a sweet little thing, with a repeated line making up a hummable chorus. Trying to come up with a comparison is difficult, because it sounds so minimal and retro, yet refreshingly modern and new. Spending Time With You skips with joy in its heart, as you’d expect from the subject matter, and a sixties girl group shimmy. On The Tram is a rush and a jabber and the land is theirs.

Next up is the Almost Verbose EP (February Records) by Brilliant At Breakfast. Splashdown is lounge music with gorgeous coquettish female vocals, an even more sensual Sarah Cracknell if you will. Beautiful stuff indeed. Strawberry TV is an infectiously catchy breezy bit of summer pop like The Lucksmiths used to make. Nobody Ever Died Of A Broken Heart is some delightful whimsy with a scary pay off, while If Monday’d Never Come is brisk twee pop, like the Concretes gone fey.

On the same label is the Secret Charisma EP, Complications (February Records). The title track is a bit of chirpy indie pop, with weird vocals that waver in and out. Intentional or not, it makes me a bit sea sick. I’m not entirely sure it works. Angel, Please is rickety indie, kind of like skiffle updated for the C86 set. Lord Thomas however is fantastic, some kind of ghostly folk song. It’s something that’s been plucked from the realms of folklore and resurrected through a haze of wistfulness.

The Spectrals 7th Date (Slumberland Records) is sluggish in a good way, just swaying and tinkling with a knowing cool. Oddly, Don’t Mind on the flipside is almost a continuation of the a side. It’s similar in style and attitude and has a melody that doesn’t lift its head from its slumbers.

The Wendy Darlings release the Not A Match Made In Heaven EP (Marineville Records). Zero Zero Seven is a cracking shrieked fuzzy thing, all that is best in girl led indie pop. Suffer Girl is a bit Velvets cool, with an excitable side. Sunday So Bored is shambolically and energetically great brisk pop, while Seven Years Bad Luck is a slinky shimmy, a bit like The Hot Toddies song HTML. Gorgeously understated and affecting.

The final thing this time is by Looking Glass, The First Real Target EP (self released). What do you get if you take the best bits of Midlake, Sufjan Stevens and Fleet Foxes and roll them into a lovely rustic ball? Looking Glass, that’s who. It’s an interesting EP that is obviously designed as an artefact rather than with any commercial purposes, as the tracks get better as the EP goes along. Cracking stuff.

All releases are out now.